The network of filling stations “Avtotrans” is one of the leaders in the sphere of filling stations of Poltava region. The network has been actively developing since 2000 and as for now it comprises 37 stations and 560 employees. Almost 100% of drivers know about the network and upon our first meeting with the founders of the company the figures promised only prominent future for it. However, there was a contradiction. The format of the stations was completely old-fashioned. The demands of the drivers used to expand together with the development of huge national networks which looked much more attractive than “Avtotrans”. As a result, the number of clients was also reducing. Thus, the management decided to open filling stations of the new format as well as conduct the rebranding of the whole network and develop its own application. The aim of the first marketing campaign was to tell about all these changes. Cool, isn’t it?
Country: UkraineAgency:Arriba! 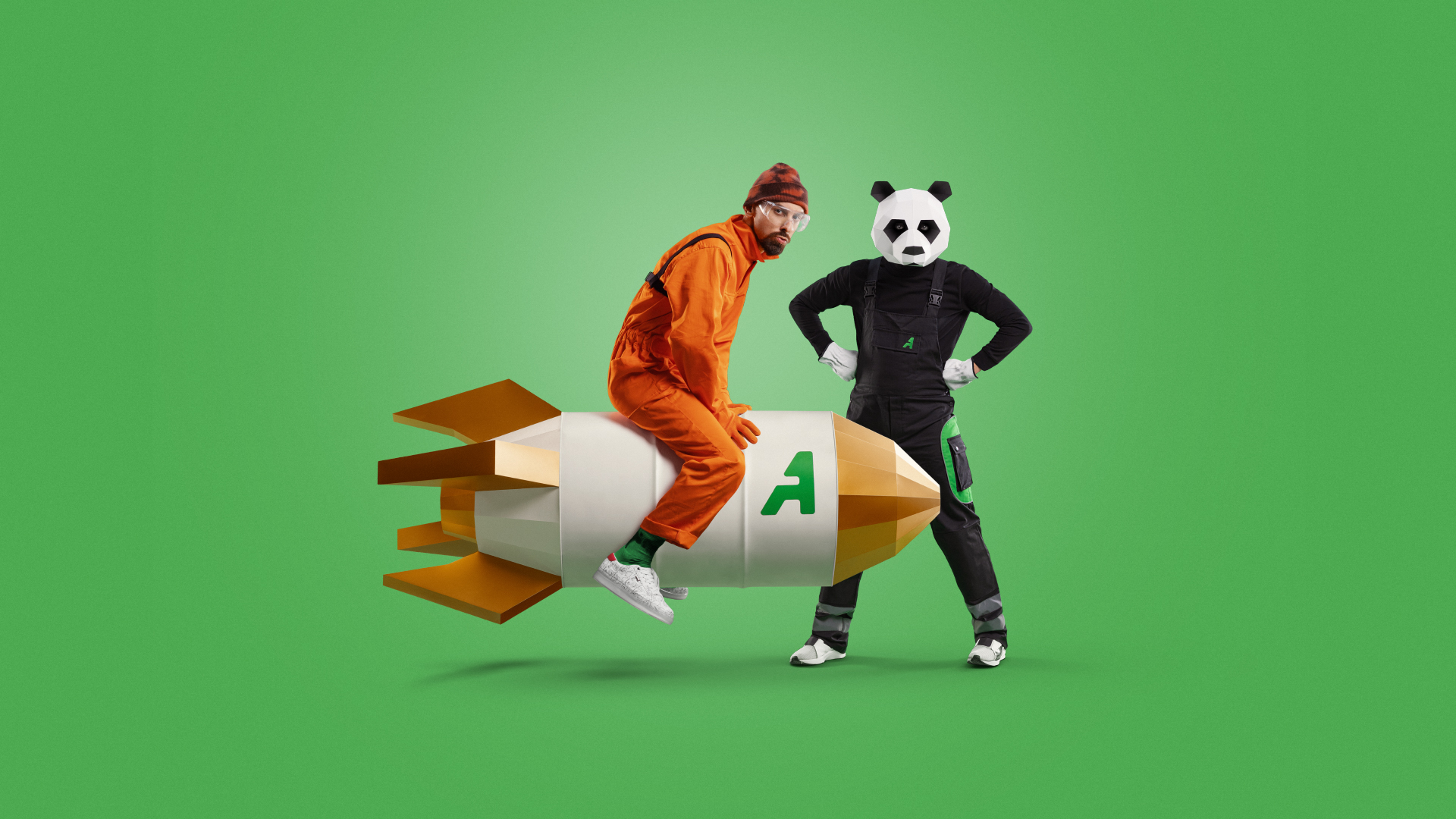 But right at the first briefing it became obvious that redesign of filling stations, modern design and mobile application are quite common in 2021 and won’t startle anyone.

Therefore, we decided to make a step back and create the added value to the brand before diving into creative stuff. In this way we wanted to keep the existing and attract former clients of “Avtotrans”.

At first we tried to define the new position of the brand. Having conducted interviews with the clients and the staff, we found out some interesting points.

The first thing is the fact that “Avtotrans” is merely a local network with filling stations in Poltava and Poltava region only. The company pays all the taxes to local budgets and really influences the development of its region. Sounds good! But there was one more thing.

“Avtotrans” actively supports local communities in different spheres. They give money to sports teams, participate in ecological initiatives and buy ALV equipment for local hospitals. Roughly speaking, they do numerous things aimed at making the lives of the locals safer, happier and more comfortable.

Moreover, we also decided to involve panda in our communication. This cute animal was the mascot of the mobile application of “Avtotrans” and no one could explain us such a weird choice of the mascot. Actually, it didn’t matter. The most important thing was to have a kind and a cute image which is totally unexpectable for a filling station.

Just imagine: the panda is the brand mascot of a filling station in Poltava. It definitely sound crazy but, anyway, it’s cool.

For a moment I thought I was at work. I did nothing but still got the bonus.

We had to talk about numerous novelties in the whole network and each of them required its own presentation. Thus, we preferred multichannel marketing campaign instead of one video.

Apart from a series of low-cost videos, our impressive Zhenya and panda were also depicted in exterior advertisements both inside and outside the filling stations, on POS-terminals and even on radio where we broadcasted the series of audio pieces in which Zhenya talked about all the novelties. All these advertisements were united by the unique authenticity of the most local network of filling stations.

So, your goat gives you four litres of milk, doesn’t it? Not bad! And this is just like your goat but only two hundred fifty times more.

10 audio pieces for radio, 8 prints, 5 videos and 9 days of work – this was the challenge accepted by our production team. Weren’t we scared? Definitely not! We just worked with a supernatural space.

As a result, we managed to: 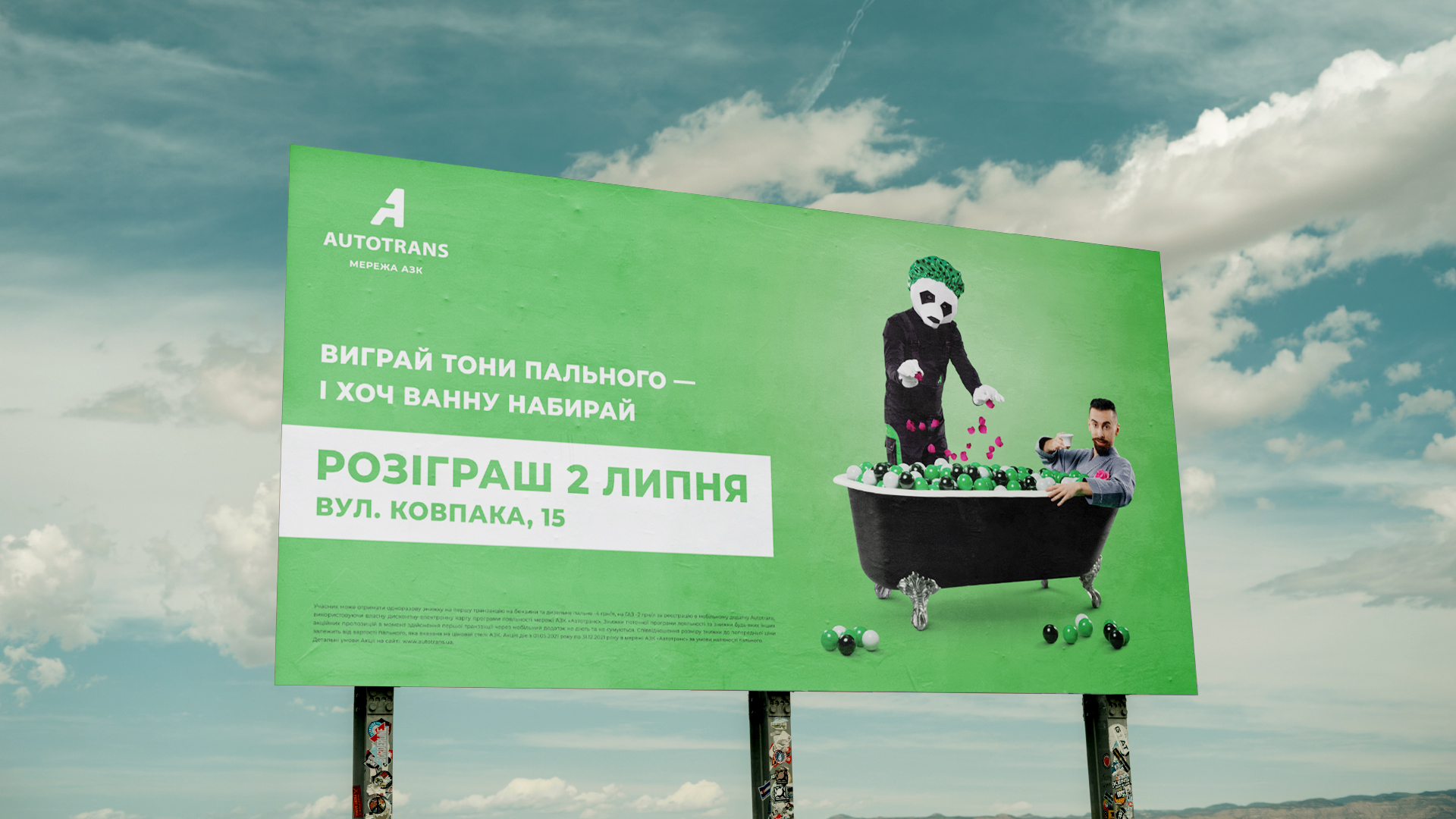 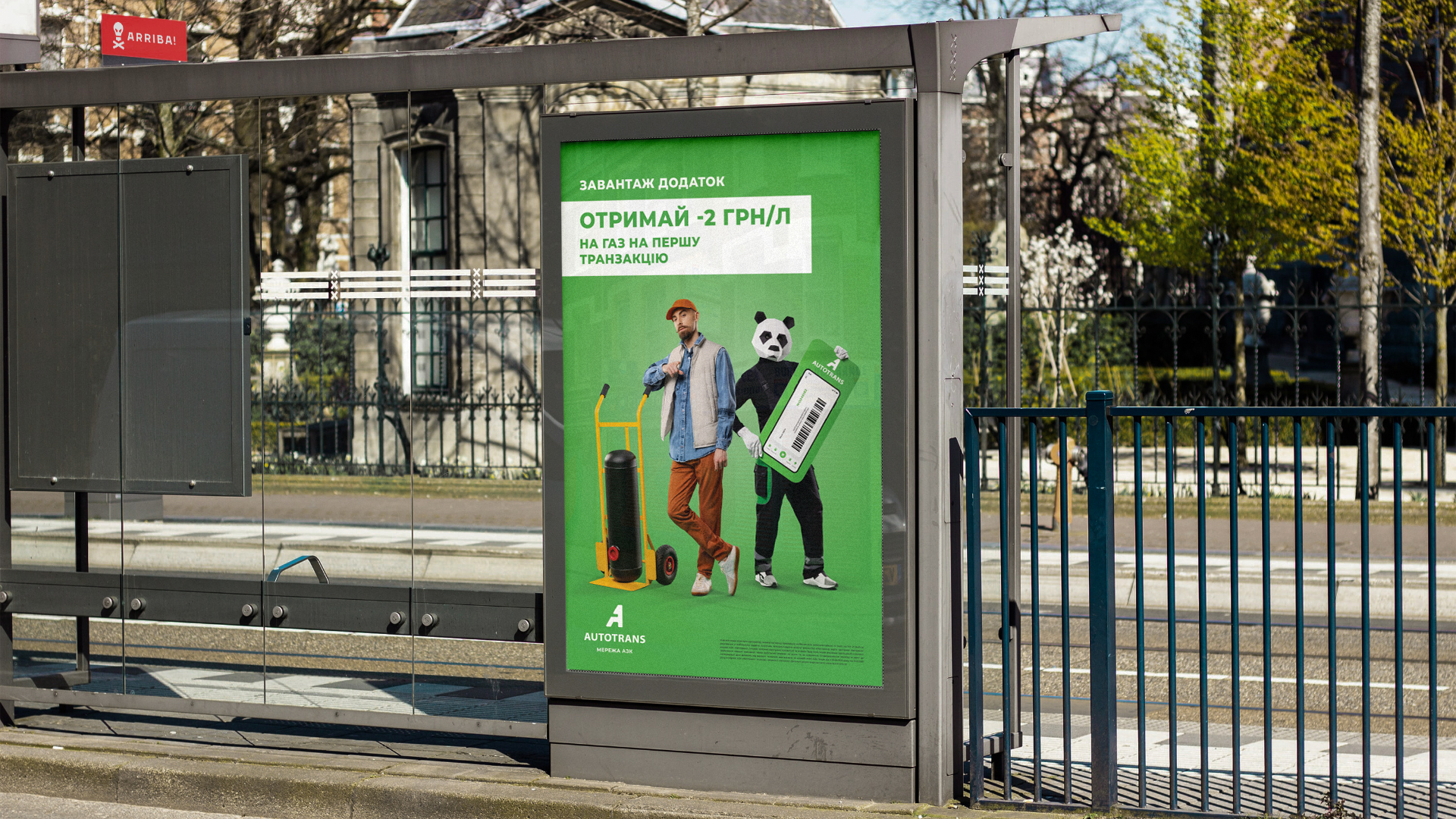 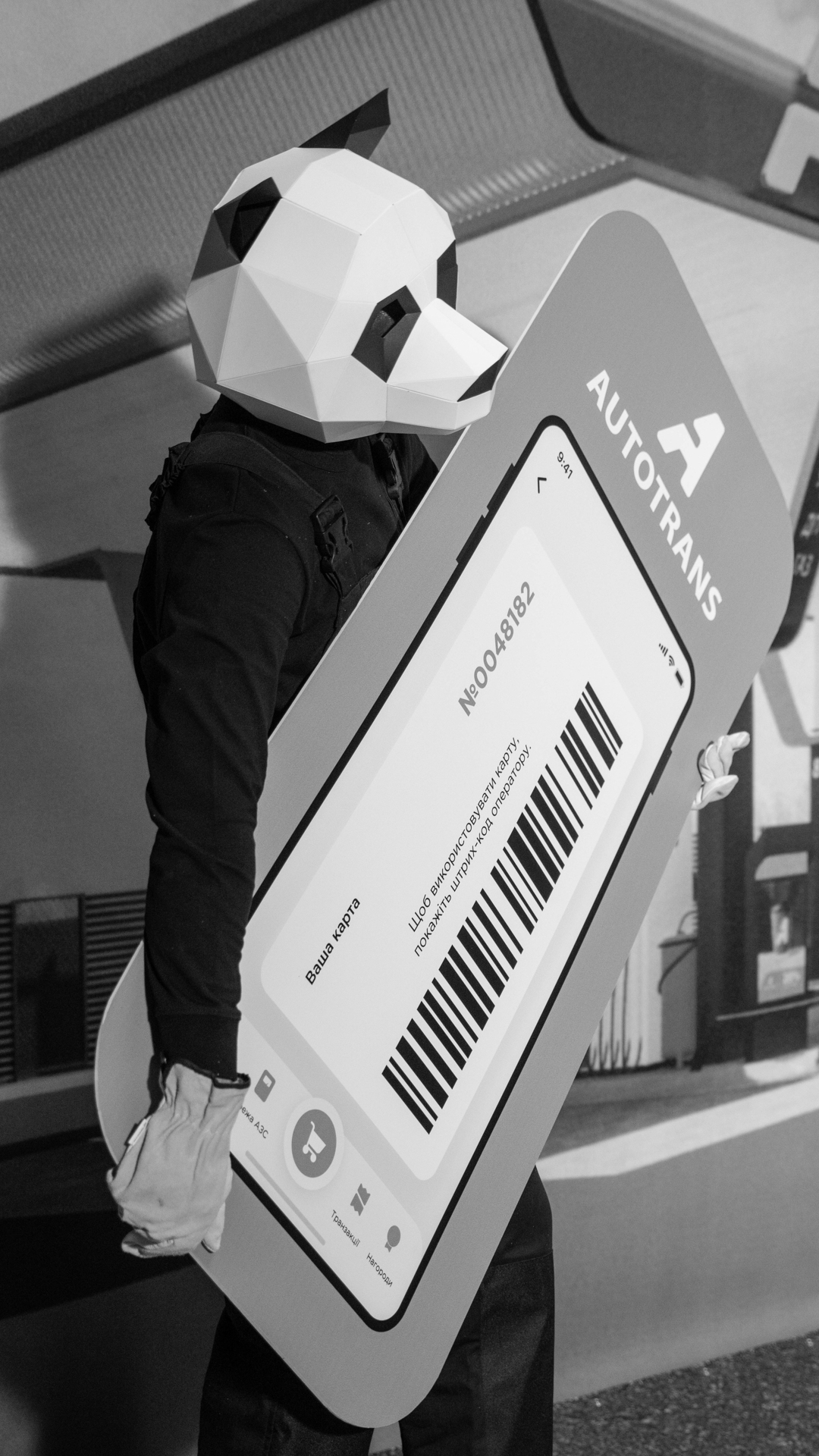 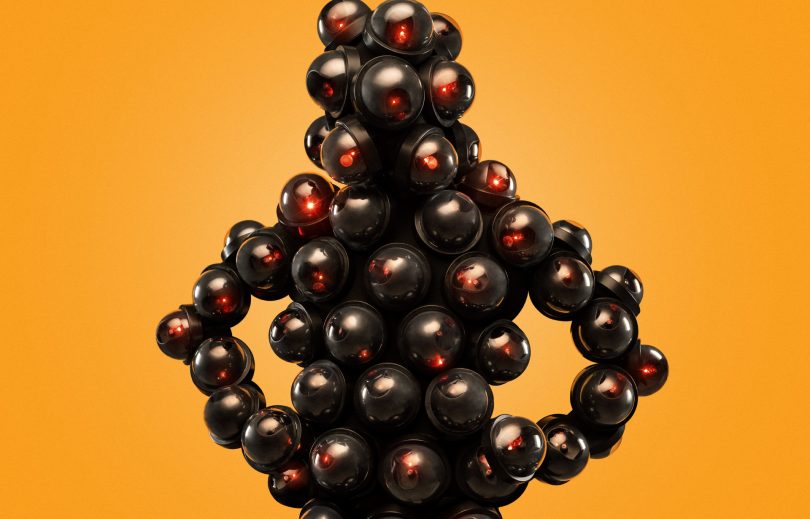 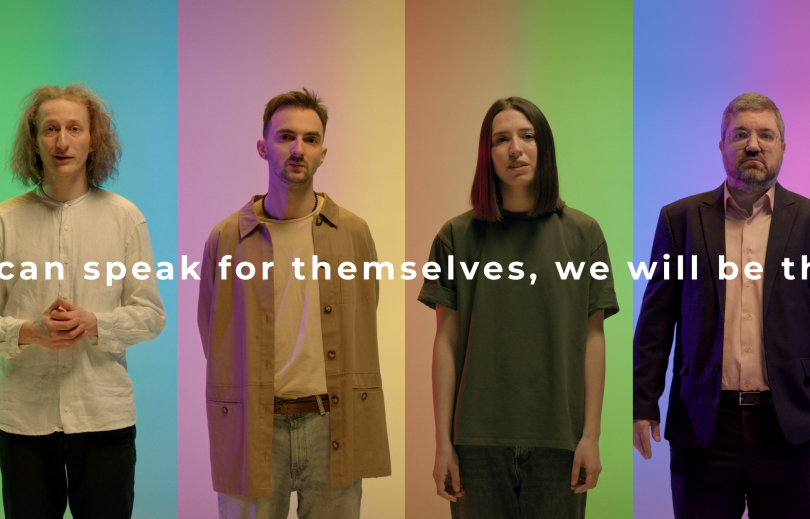